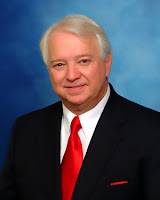 The market is approaching a Re-Test of it's August 24th Lows. Historically, when the market has a sudden drop of 10%, such as the one we experienced in late august, the market will bounce initially and then retest that low.  We got down to 1866 on the S&P 500 Index on  August 24th and 25th.

If market finds support at that level the worst could be over. However, if the market slices through 1866 level we should expect a further decline, perhaps to the October 15, 2014 low. (see chart below)

Notice that we did not get the same V shaped recovery that we saw last October. There are a lot of reasons for this.  I will cover this at length in the forthcoming third quarter issue of the Gerritz Letter.

All Folio accounts, as of now, are mostly in cash.

I think  the market volatility will persist into the middle of October. September is historically the worst month of the year. The market usually finds a bottom in October. I then expect that we could see a nice rally into the end of the year.

Quantitative easing programs were ended in October of last year and Corporate earning peaked last September making this correction long overdue. The market finally had to adjust to  these for-mentioned realities.

While the economic fundamentals have deteriorated internationally, US fundamentals remain strong.  I see no recession looming, which leads me to believe we are experiencing  a correction in an on-going bull market and not beginning a bear market.

So for now if the market were to decline further do not be fretful.it would only enhance our opportunity to reinvest at a more reasonable level.

Posted by Stephen L. Gerritz, CFP at 10:40 AM No comments: Links to this post

Stephen L. Gerritz, CFP
Medford, Portland, Clatskanie, Oregon, United States
Stephen L. Gerritz, Registered Investment Advisor Representative,is Chief Investment Officer of Gerritz Wealth Management, Inc., a "Registered Investment Advisor", and an IRA Roll-Over Specialist. Stephen believes in taking a proactive approach to money management. "The old buy, hold and hope method of investing propagated by the Wall Street herd has devastated the average investor's portfolio." Gerritz uses investment strategies that seek to protect investors from the steep declines that come with bear markets, while striving to capture gains when the market is rising. The results of his methods are reduced volatility and the potential for better rates of return. Conflicts of interest are avoided because our compensation is not based on commissions. The minimum size account we accept is $50,000. Call us at 541-608-9958 for a free telephone consultation.