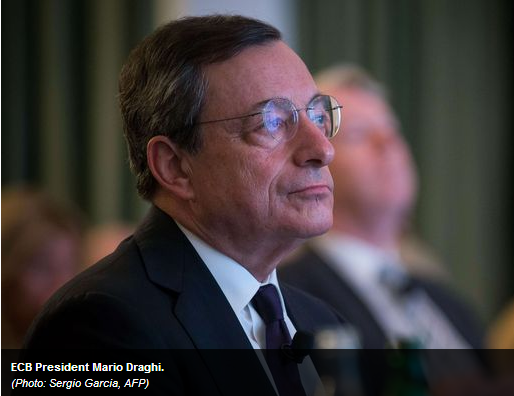 Today Mario Draghi, ECB President, took dramatic steps to kick-start the European economy, include cutting rates to below zero on bank funds placed with the European central bank. I think this is a first. What this will do is provide the banks with an incentive to loan more money to businesses, stimulating the economy and mitigating the prospects of a dangerous deflationary environment.

Because the US is part of the global economy and the European economy is actually larger than ours, this move by the ECB is a big plus for markets worldwide.

The markets, which have been lackluster so far this year, sprang to life with the Dow Jones Industrial Average up around 100 points as I write. Additionally, David Tepper, a very well known and widely respected hedge fund manager, stated that ECB's move serves as a green light for stocks going forward.